What is CPM Advertising and Should You Use It? - Stevens & Tate Marketing

There are many KPIs that you can track in order to judge the performance of your ads. One of these metrics is CPM, or cost per mille, which translates into cost per thousand impressions. CPM indicates how much you’re paying for every thousand impressions the ad is earning. However, there are other KPIs that you can use as well, such as CPC and CPA. These KPIs indicate how much you’re paying for your ads. When implementing a new ad campaign, you’ll have to choose which KPI to use, meaning you’ll have to bid in either CPM or CPC. The question is, when should you be using CPM advertising? 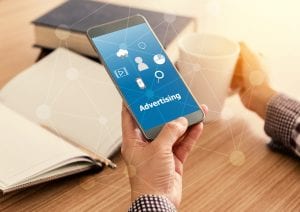 If you’re running an ad campaign with the intention of driving brand awareness and brand engagement, then CPM is a good option to go with when bidding on ad space. This means that you will set a specific amount that you’ll pay for every thousand impressions that your ad receives. If you’re running your ad on Facebook, then using CPM makes more sense because your goal is to get your ad shown to as many people as possible. Of course, you’ll want to make sure that you target a specific audience when you do this. You don’t want to pay to have your ad shown to people who are not a part of your target audience as this will result in a waste of money. It’s also worth noting that CPM provides value in that consumers may be shown your ad more than once. Multiple impressions can help keep your brand at the top of a consumer’s mind.

If you’re running search ads with the intention of driving conversions, then CPC is the way to go. This is because a search ad, such as a Google AdWords ad, is going to be shown to potentially millions of people. Using CPM, this could end up costing you a significant amount. If you’re trying to drive conversions, impressions won’t matter nearly as much as clicks. You want people who see the ad to click it — only then do you get value out of your ad. It’s why you should use CPC for search ads instead of CPM.

When it comes down to it, CPC or even CPA is the better option if the goal of your ad campaign is to increase conversions or acquisitions. However, that doesn’t mean CPM doesn’t have its place. If your goal is to increase brand awareness, then clicks don’t necessarily matter as much as impressions. If this is the case, then you’ll want to consider using CPM advertising.

Internet Marketing Director at Stevens & Tate Marketing
The landscape of the Internet is ever changing and Nicole has the energy and aptitude to keep Stevens & Tate Marketing out in front of the pack. She leads an enthusiastic team in strategic planning, development, search engine marketing, online promotions and advertising for the web.
https://stevens-tate.com/wp-content/uploads/iStock-657265226.jpg 853 1229 Nicole Wagner https://stevens-tate.com/wp-content/uploads/STLogo-websml-biggerAM.png Nicole Wagner2020-10-09 08:00:002020-10-16 05:18:19What is CPM Advertising and Should You Use It?
Subscribe today to stay current on marketing trends.

Concepts
How Does Targeted Advertising Work?