Content that goes viral is content that generates massive awareness in a short period of time. In viral marketing, it refers to an ad that is so effective it’s viewed and shared millions of times. In many cases, a viral ad will be so effective that it becomes part of the popular culture at the moment. Unfortunately, “going viral” is not something that you can just do. It requires a lot of luck, and you can never quite pinpoint exactly what kind of ad will appeal to a large audience. However, implementing a viral marketing strategy will allow you to put your ads in the best possible position to go viral. The following are five tactics that will help you create an effective viral marketing campaign:

Traditionally, the success of advertising has been linked to exposure. Many advertisers believe in the rule of seven, which states that an ad must be seen seven times before a viewer will act. Those advertisers will put much of their budget into getting their ads as much exposure as possible. However, it’s much more effective to create an ad that resonates with audience members on an emotional level. A customer doesn’t need to see an ad seven times to have an emotional connection, after all. If you’re able to elicit an emotional response, the viewer will be more likely to watch the ad again and to share it with friends and family. Eliciting emotions such as awe, laughter, amusement, joy, or anger, can all be effective in viral marketing. 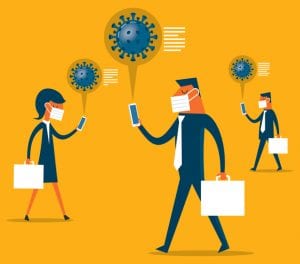 Most marketing campaigns are planned and executed over a long period of time. While you can still create viral ads doing this, it often results in ads that aren’t in line with current trends. Real-time marketing involves creating ads that are relevant to what’s happening at the moment. Audiences will connect with ads that are addressing current trends and events more easily. For example, many businesses are implementing real-time marketing strategies to address the COVID-19 pandemic by focusing on the importance of social distancing or by highlighting essential workers.

3. Use Humor to Create Amusing Ads

A customer might like an ad that they see, and it may even resonate with them. However, it has to do more than that for them to feel like it’s worth sharing. Because of this, you should consider using humor if it’s appropriate for your brand. Not only do people love to laugh, but they also love making their friends and family laugh. This means that if an ad makes them laugh, they will be more likely to share the content with others in the hopes that it will make them laugh as well. It’s why so many of the ads that go viral are ads that are funny. For example, the Old Spice Man ads or the Most Interesting Man in the World Dos Equis ads.

Enjoy The Article: What We Can Learn From Viral Video Marketing & Examples of How It’s Been Useful

Creating ads that are funny or that elicit an emotional response can be very effective; however, you need to make sure that your ads are providing value as well. Unless your only goal is to generate brand awareness, you will need to create ads that get people to take action. A good example of a viral ad that provides value is the Dollar Shave Club ad. It’s a hilarious ad that’s creatively made. Yet it also clearly conveys what the value of its product is.

The last thing that you want to do is to create an ad that goes viral for the wrong reasons. For example, you thought you were creating an ad that was delivering a positive message; however, a small part of your audience misinterprets that message. They interpret the meaning of your ad to be negative, resulting in controversy. Controversy is a good way to go viral, but a bad way to maintain your reputation. A good example of this is the Pepsi ad featuring Kendal Jenner released a few years ago. The ad featured a protest full of smiling models and ended with Jenner providing a Pepsi to a police officer as a sign of peace and unity, which the protesters cheered. Critics believed the ad to be insensitive due to the fact that there were many protests against police brutality happening at that time. To avoid a public relations disaster, make sure that you test your campaigns first.

One thing to note: these tactics aren’t just effective for viral marketing. They can incredibly useful for creating ads even if they don’t go viral. Although going viral is a goal you should have, the objective should be to successfully deliver your message in an engaging way to your target audience. Using these five viral marketing tactics will help you achieve this at the very least.