Examples of What We Can Learn from Viral Video Marketing

When it comes to creating content, going viral is the ultimate goal. Unfortunately, there’s no blueprint for viral video marketing. You could spend tens of thousands of dollars on a 30-second video jam-packed with visual effects, hilarious dialogue, and well-known actors, and it still might not go viral; yet, some random person might upload a ten-second video of their cat and somehow it gets seen by a billion people within a day.

1. Know Who Your Audience Is

One of the most popular ads in recent years is the Dollar Shave Club video in which the owner introduces the viewer to the concept of the Dollar Shave Club by walking through his factory. The video is filled with humor and is extremely direct, even going so far as to use swear words in the dialogue (even the title of the video has a censored swear word in it). They know exactly who their audience is or else they wouldn’t have been so bold. It might turn some people off — but those aren’t the people they were trying to reach. 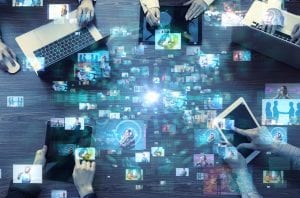 2. Invest In The Production

It is possible to make video content on a small budget these days, especially when considering how affordable video equipment has gotten. But that doesn’t mean you shouldn’t put money into the production of your content. High-quality production does not go unnoticed. Just look at the Old Spice Man video. On the surface, it’s relatively simple — a man talks to the audience in a humorous tone to sell Old Spice deodorant. However, the backgrounds are constantly changing all within one shot. He starts in a bathroom, transitions onto a boat, and ends up on a horse at the end. It’s the high-quality production of the video that sells it.

The Power of First-Person Experience Videos

If your video isn’t interesting off the bat, the viewer isn’t going to stick around to watch the rest of it. This means that you need to grab their attention within the first 10 to 15 seconds of your video. The Poo-Pourri video is a good example of this. For most, the idea of a Poo-Pourri ad sounds kind of boring, yet it starts off with a hilarious line of dialogue that captures your attention right away. It then transitions into a music video, at which point the viewer has likely committed to watching the video all the way through.

You want your video content to stick with someone after they’ve seen it. To make sure it’s not instantly forgettable, you need to evoke emotions from your audience. This can be in the form of humor or even in the form of empathy. Take Budweiser’s ad Someone Waits For You At Home. Within one minute, it establishes a loving relationship with a dog and its owner that everyone can relate to. At the end, the dog is waiting for its owner, who may or may not return — a message against drinking and driving. It’s a heart-tugging cliffhanger that leaves an emotional impact on the viewer.

These are a few things that some of the most successful viral video marketing examples of the past have in common. While using these tips won’t ensure that your videos go viral, they will help to greatly improve their quality as well as their effectiveness. At the very least, they’ll put your video content in a much better position to go viral.

Terry offers over 15 years experience providing web, video design/production and print, as well as marketing and advertising. Battle-tested with regard to client needs. Diversity and understanding in skill set, constant exploration of new technologies, and a passion for personal education. Proven competence and knowledge in the entertainment, healthcare, beauty, sports and real estate industries.

5 Innovative Marketing Ideas To Use In 2019

What is an Ad Exchange and How Does it Work? Scroll to top