Difference Between Earned Media vs. Paid Media And Embracing The PESO Model

When it comes to digital marketing, there are four main types of media. The first, owned media, is relatively obvious. Owned media refers to the media that you own, such as your website, your blog, or your social media pages. Then there’s paid media, which often comes to mind first. However, you could argue that earned media is just as important. The following is a breakdown of earned media vs paid media as well as the importance of following the PESO model, which implements all forms of media for a more balanced digital marketing strategy.

Paid media consists of the marketing elements that you pay for. Traditionally, paid media consisted of things like TV commercials and magazine ads. However, these days, they also include PPC (per-per-click) ads, social media ads, and display ads. To get the most out of your paid media, you have to plan your marketing strategy carefully and make sure that you’re targeting the right audience. However, paid media can be quite effective at helping to increase brand exposure and web traffic. 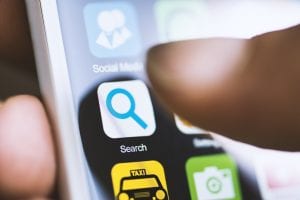 Earned media is essentially a form of marketing that you do not pay for and do not own. Customers and brand advocates generate earned media. In a way, it’s like a digital form of “word-of-mouth.” Earned media can include having reviews written by customers as well as professional product review sites or having news stories published about your company. Any kind of publicity that you didn’t pay for is earned media. Earned media is an excellent way to increase brand recognition even though you don’t have direct control over it; however, earned media is also free.

What Is The PESO Model?

Earned media and paid media are not the only types of media you should be concerned with. Owned media, which includes marketing elements that you have direct ownership and full control over (such as your website and your business blog) as well as shared media, which is the media you earn through social media engagement (shares, likes, and comments), both play an important part in helping to grow your brand. The mistake many businesses make is to focus more on one type of media than the other.

Similar Article: Using The Right Media Mix During Each Stage Of The Buyer’s Journeys

Gini Dietrich stressed the importance of integrating all four forms of media with her PESO (paid, earned, shared, owned) model. By implementing the PESO model, you integrate all four forms of media to strengthen your ability to attract leads and convert customers. For example, the use of paid media and shared media can help draw the attention of prospects. Earned media helps to establish the credibility of your brand so that those prospects trust you. Owned media, such as eBooks or whitepapers, help showcase the value of your brand.

While knowing the difference between earned media vs. paid media is important, it’s also important that you don’t value paid media over earned media or vice versa. They, along with shared media and owned media, play an important part in helping to grow your brand. Finding the right balance can take some time, but as long as you keep the PESO model in mind as you create your marketing strategy, you’ll end up having a more balanced and effective marketing campaign.

The landscape of the Internet is ever changing and Nicole has the energy and aptitude to keep Stevens & Tate Marketing out in front of the pack. She leads an enthusiastic team in strategic planning, development, search engine marketing, online promotions and advertising for the web.

The Difference Between Landing page vs. Homepage

The Importance of Google Ads Quality Score Scroll to top